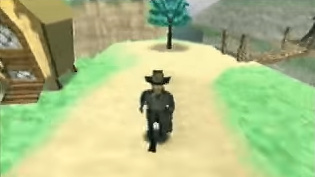 At the beginning of this month, someone put a corporate Nintendo CD-ROM from 1998 on sale. The winner of the online auction was a Twitter user known as Zen, who paid the equivalent of $357 USD for the item, after discovering the disc contained footage of the cancelled N64 project, EarthBound 64 – also known back then as Mother 3.

So, what does it give us? 25 seconds of previously unseen footage of the EarthBound 64 from the 1997 Space World event in Japan. There’s no sound and the video is limited to 240p. This footage is different from the clip we saw back in 2019 and 2006. And we’ve gotta admit, for a Nintendo 64 game it looks quite impressive in some sequences.