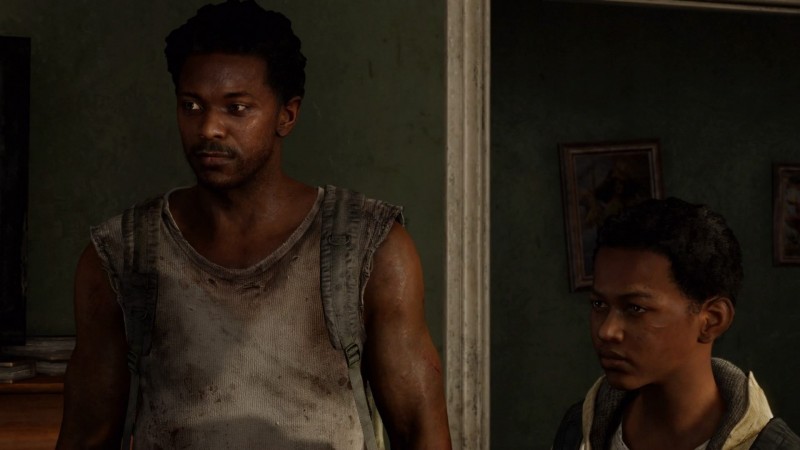 HBO’s The Last of Us was announced in 2020, but details outside of casting choices remain scarce. A small number of images have given fans brief glimpses at different setpieces, but a recent leak revealed brothers Sam and Henry.

As reported by Eurogamer, images and a short video clip were uploaded to Twitter showing Sam, Henry, Ellie, and Joel in garb similar to their in-game counterparts (see images above). The actors playing the brothers remain unknown, but The Mandalorian‘s Pedro Pascal is portraying Joel, and Game of Throne‘s Bella Ramsey stars as Ellie. Ramsey is even wearing the young heroine’s iconic hoodie and winter jacket.

The clip, seen below, shows the four jogging across a street in some downtown metropolis. They crouch/take cover near a car (except for Joel, of course, he’s too badass to hide). Then the crew disappears into a building. Where they’re going is a mystery, but if the television show is following the series of events that take place in Naughty Dog’s acclaimed title, the journey will be harrowing to say the least.

New video of Joel, Ellie, Henry and Sam on the set of #TheLastofUs!

HBO’s The Last of Us is slated to drop in 2023 and is brimming with talent including the previously mentioned Pascal and Ramsey. Anna Torv (Mindhunter), Nico Parker (Dumbo), Merle Dandridge (The Last Of Us video games), and Gabriel Luna (Terminator: Dark Fate) are also cast members. Craig Mazin (Chernobyl) and Neil Druckmann (lead writer and creative director on the game) are helming the show.

Video: Why Do We Buy And Collect Retro Video Games?