Skip to content
You are here
Home > Gaming > The Inspiration Behind Thief Simulator, Available Now on Xbox One

In contrast to reality, you can be whoever you want
and do whatever you want in a video game — even in a case, when it’s not necessarily socially accepted or
even legal to perform a given action.

Keeping that thought deep in our minds, we wanted to make a game where player can get a feeling of doing precisely that. We strived to create an experience, that players could relate to. Not as a thief, of course, or even worse a victim of a theft. Our goal was to render the feeling of participation in an incredibly common, yet terrifying every-day situation.

Players need to remember that in our game, like in reality, various houses possess their security systems like cameras, alarms, glass break sensors, etc., so they will need to gather some intel in order to know how to break through them. For us, the most crucial part of the “thief” experience was to accurately reflect that the experience of sneaking around a house — sometimes when the tenants are on-site.

There’s one more thing that players must
remember, while sneaking around the house:
Every pocket and every bag, no matter how big, doesn’t have infinite capacity. So, as a thief, a player cannot
simply rush and grab everything that is lying around in a
given location. Only the most valuable things can be
taken, as it comes as a natural matter for a thief, to make
the biggest profit possible out of the performed score.

We hope you’ll enjoy roaming around and lurking for the biggest loot in Thief Simulator as much as we have enjoyed making the game in the first place. We hope so especially now, since our title was made available on
Xbox One. 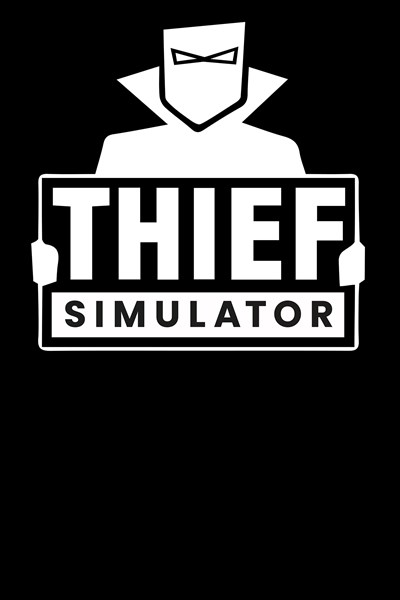 ☆☆☆☆☆
12
★★★★★
$19.99
Get it now
Become the real thief. Steal in free roam sandbox neighborhoods. Observe your target and gather information that will help you with the burglary. Take the challenge and rob the best secured houses. Buy some hi-tech burglar equipment and learn new thief tricks. Sell stolen goods to the passers. Do anything that a real thief does!

A good thief always observes his target. What's inside? Who lives there? What's your target day schedule? Find out when the house is empty and does it have nosy neighbours. Choose from lots of possible approaches to prepare the best plan. Many modern devices available in Thief Simulator might come in handy with gathering intel about your target and it's neighbourhood.

The faster, the better. Find and steal as many valuables as possible in the shortest time possible. Remember that infinite backpacks don't exist. When it's about time you have to maintain cold blood. In every house you'll find tons of useless stuff, which can really slow you down. If you're not sure that you can take some serious money for it, maybe a good idea would be to leave it behind and save space for some expensive goods. If you fill your backpack with worthless items, you may have to waste your time to throw stuff out just to make space for other things. Be careful, cause some things can draw police attention to you!

A real, experienced thief can spot places where there's most probability of finding some valuables on the fly. Use the flashlight at night to highlight all the valuables in sight and places where you can expect them to be.

Disassemble a stolen car and sell parts on the internet. Prepare phones and tablets before selling them in a pawn shop by removing their security.

Be careful! In some houses you can meet unexpected guests. If they catch you in the act, they will call the police. In this case hide and wait till they stop looking for you or you can always leave the loot and run away as fast as possible.

The Moonlight Greatsword Is In Elden Ring, Along With Other From Software Easter Eggs

6 Things We Learned About Nikola Tesla When Creating Close to the Sun, Available Now on Xbox One

Feature: Our Nintendo 3DS And Wii U Memories, In Infographic Form