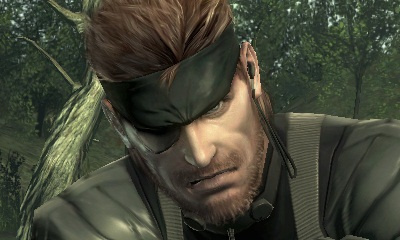 Game still ‘temporarily’ unavailable to download due to license issues.

Hideo Kojima games not only feature the creator’s name a few hundred times, they’re also well known for being loaded with licensed content. This can be in the form of iconic music or even video clips to tie games into real history, a clever bit of storytelling often deployed in the Metal Gear series. Of course, licensed content often has an agreement expiry date, which impacted a number of legacy Metal Gear releases last year.

Among many other versions across different systems, Metal Gear Solid: Snake Eater 3D dropped off the 3DS eShop last November. It disappeared on 8th November last year – Konami cited “historical archive footage” as the issue and promised it was a temporary measure, though having checked this morning the game is still missing on the EU eShop. It’s unclear whether Konami plans to replace the footage in the game, negotiate renewals for the footage or simply do nothing and hope no-one notices.