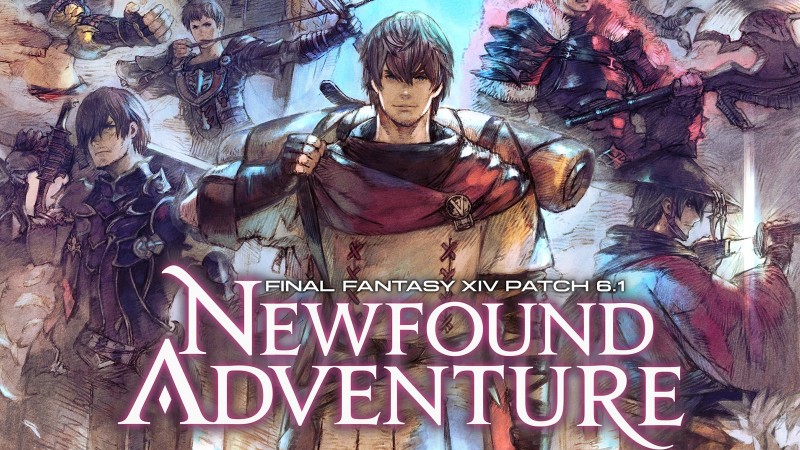 Members of the Final Fantasy XIV held a live Letter From the Producer presentation this morning, where Producer Naoki Yoshida (AKA Yoshi-P) gave some insight into what players will find in the first big patch for the Endwalker expansion.

Titled Newfound Adventure, Patch 6.1 will introduce just that: a new adventure to embark on. Or, at least, the beginnings of one. Rolling credits on Endwalker’s main scenario closed the book on many ongoing storylines, including the overarching narrative of the Ascians, Primals, the Garlean Empire as we know it, and even more threads. So, now the FFXIV team is ramping up something new, and unfortunately, something that is still unknown to us at this point.

Along with the new MSQ direction, 6.1 and certain subsequent 6.1x patches will introduce a bunch of new content and changes. The NPC team system for taking on dungeons solo is expanding to A Realm Reborn’s original dungeons and will sport a new name. Formerly called the Trust system, dungeoning with a team of NPCs will now be named the Duty Support System. The support for A Realm Reborn Patch 2.x and Heavensward expansion dungeons will be coming later.

Here’s what else players can look forward to in Patch 6.1, according to the Endwalker site:

Square Enix promises even more than the bullet-pointed topics above but will probably elaborate on them in another Letter from the Producer as we move closer to the release of Patch 6.1.

Patch 6.1 Newfound Adventure is scheduled to come to Final Fantasy XIV in mid-April. In the meantime, if you haven’t caught up on Endwalker, or are curious about FFXIV, read my review on the latest expansion, which solidified this MMO as one of my favorite Final Fantasy games of all time.